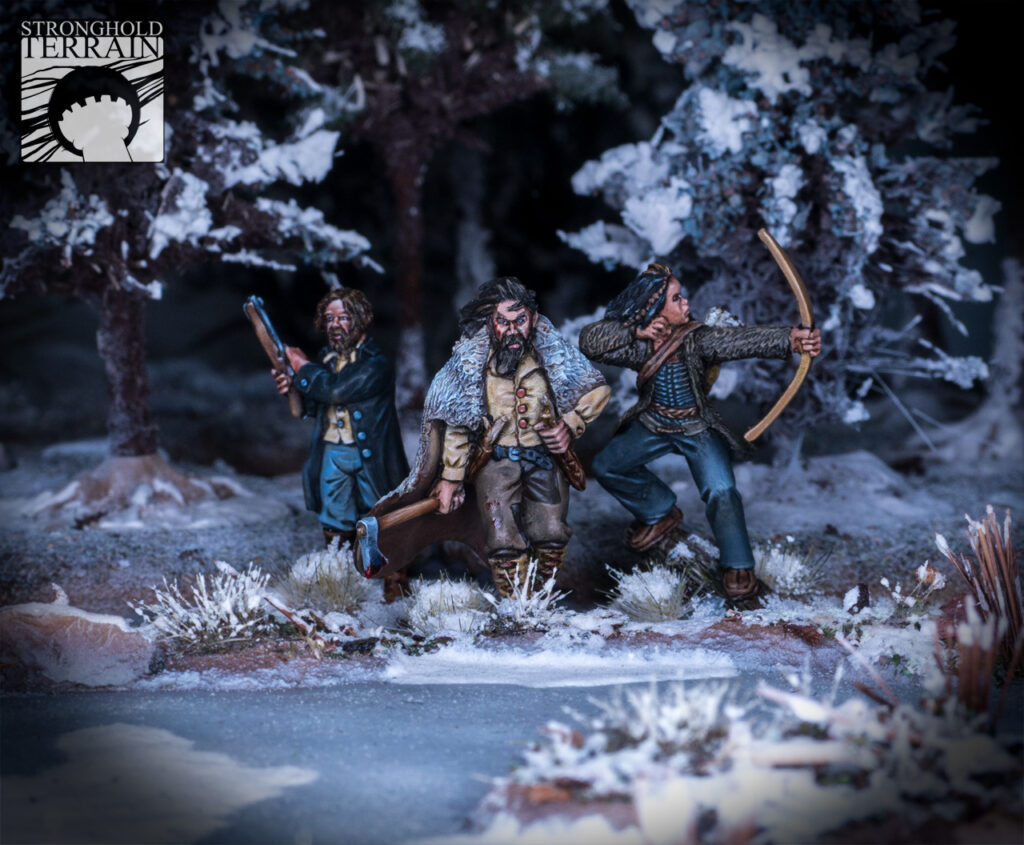 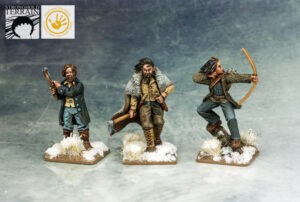 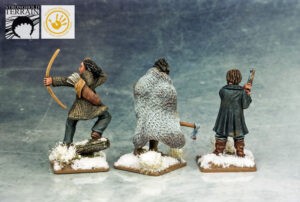 Declan is an independent fur trader and an notorious outlaw, who is hellbent in getting vendetta against both a english fur trade company and in paticular against its senior member, after his family had been murdered by the latter two. Although Declan appears to be a hulking figure who resorts to violence to solve his problems, he is also wise and calculating, making him a very dangerous figure but also one of the most powerful players in the North American fur trade.

He is in company with Michael from Ireland and with a native women an extraordinarily skilled warrior, hunter, and tracker from a nearby woodland tribe. 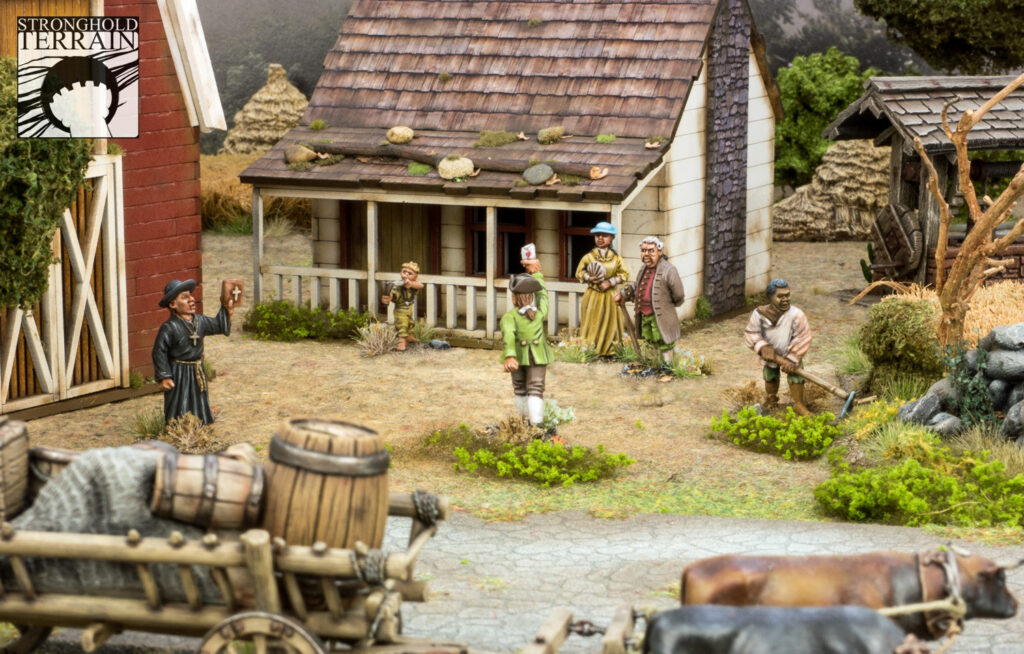 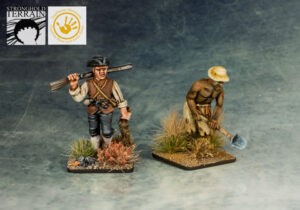 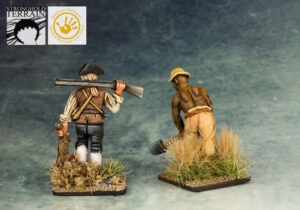 Civilians are used in many scenarios of Muskets & Tomahawks. Here the mayor can be used as a leader (notable).
Together with our second set of civilians you get the required number of 10 civilians plus leader.
Furthermore, civilians generally enrich your gaming table considerably and make it appear much more lively.
The civilians were painted by Christian Lemmen. Pictures of the three missing miniatures will follow.