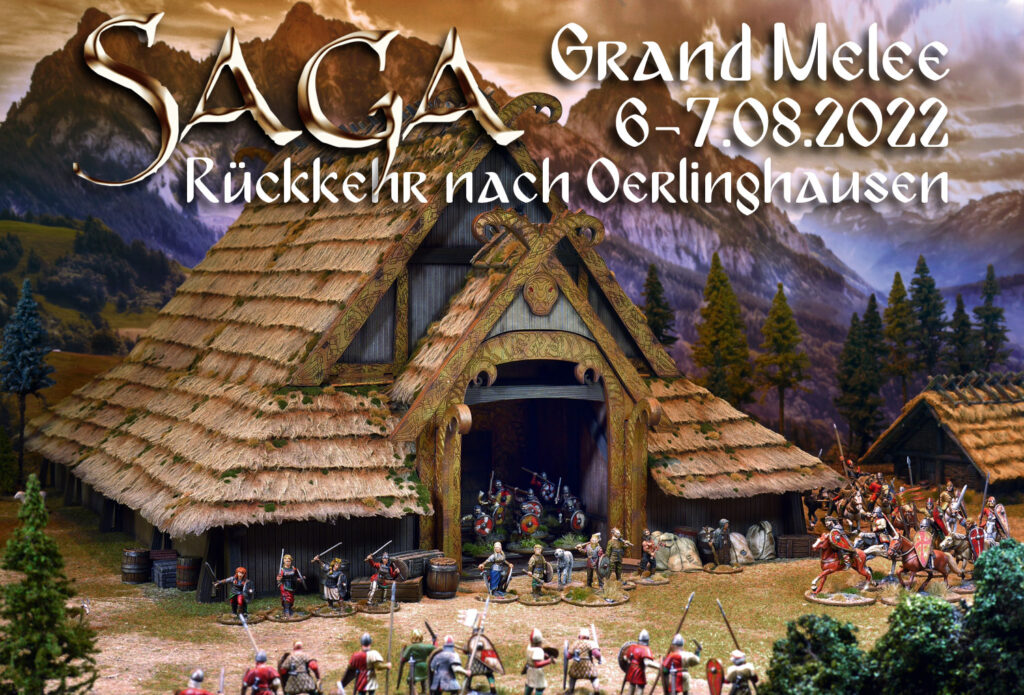 After 3 years, a Grand Melee could finally take place again on 6 and 7 August in the Freilichtmuseum Oerlinghausen . Already in 2015-2017 we were allowed to play SAGA in a real Saxon longhouse in the park. An indescribable experience.

The park is definitely worth a visit for those interested in history. Here are a few impressions. 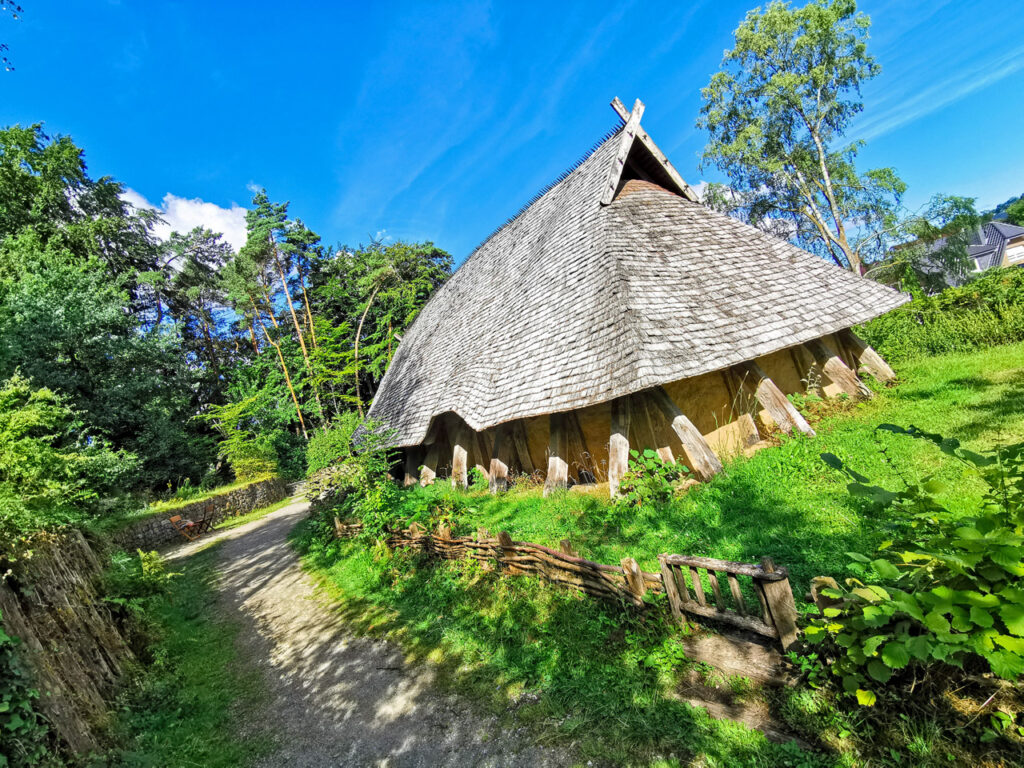 The rush for the original 32 starting places (more simply do not fit into the longhouse) was so great that they were already sold out after 2 days. And now several players began to bicker, who also wanted to play. After some consideration, we came to the conclusion to use our yurt for games in addition to the longhouse, which led to another 8 starting places. These tickets were also sold out within 2! minutes.

In the end, we had 35 players (+1 substitute player *thanks Dworsch*), as Corona had 5 absentees at short notice. Unfortunately, our 3 players also included Swedes who wanted to travel together by car. I really hope that we can finally get a grip on this shit.

Each participant received a special Grand Melee trophy as a souvenir as well as an acrylic scale from us and a miniatures frame from Victrix (a big thank you for that). 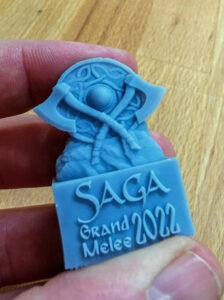 A total of 5 games of SAGA were played on both days. If you want to know more about the procedure and the rules, just follow this LINK to the comprehensive tournament guide.

The individual scenarios were drawn from a scenario pool of 10 different scenarios directly before the respective game. Our selection was:

On Saturday evening, after 3 SAGA games, we had a barbecue in the park and discussed the good or bad luck of the previous day over a few hoppy drinks. By the way, the weather god was all too merciful to us. Blue skies and a pleasant 20 degrees were perfect.

2 more games followed on Sunday until the tournament was finally decided. In addition to the ranking, which was solely based on the performance in the individual games, the best painted SAGA armies as well as the title of Berseker of the Year were awarded. Here you can see the trophies:

The best painted armies were determined in two stages. On Saturday, all those who wanted to take part could present their armies on the game boards and then everyone had a secret vote for their favourite. This resulted in the 3 best placed armies after the count. The final decision on the ranking was made by me.

Here you can see a selection of the presented armies. It should be said that the lighting conditions in the longhouse were unfortunately modest.

Gamers Grass and Fireforge Games donated the prizes for this competition in the form of miniatures and various tufts.

The three most beautiful armies were:

Berserker of the Year:

For the third time, the title of Berserker of the Year was up for grabs. The player who eliminates the most enemy warlords in all 5 games wins the title. In the event of a tie, the number of warlords who have died is the deciding factor, with the highest number coming out on top.

The Berserker of the Year 2022 is also Tristan Höver with his Spanish. Tristan managed to eliminate a total of 4 genemy warlords. His efforts were rewarded with a new game mat from Pwork Wargames. 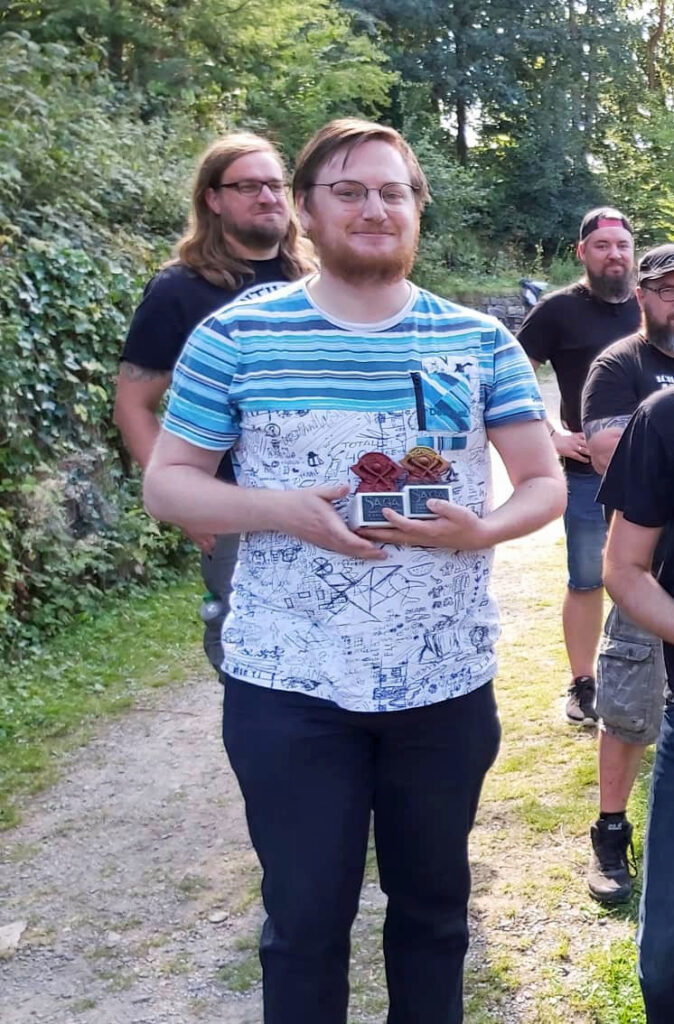 The 3 winners could take home not only fame, honour and a trophy, but also 3 new armies. Footsore Miniatures once again had the money to give away and the 3 winners got a 6, 5 and 4 point SAGA army of their choice. You read that right. The choice is from the entire Footsore range. 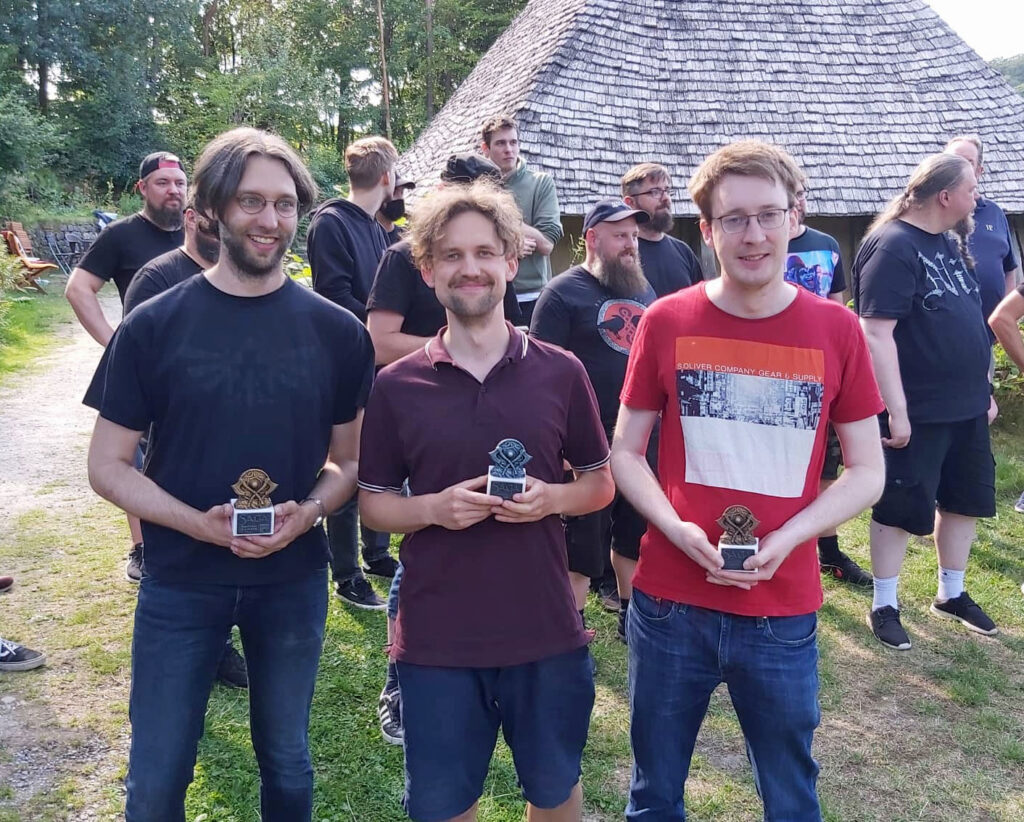 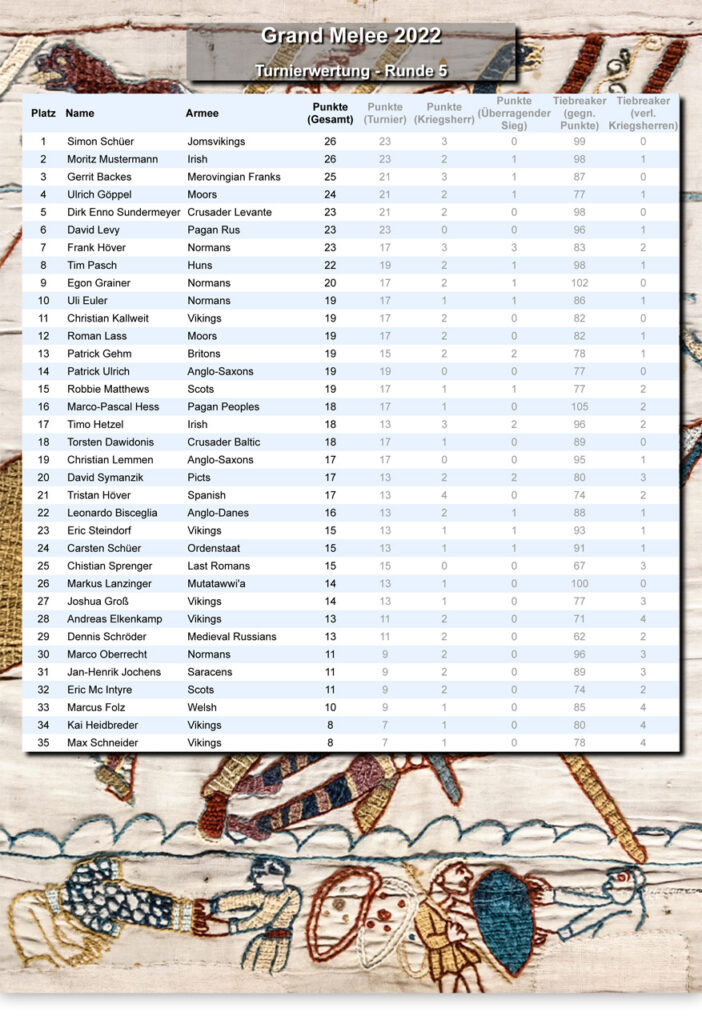 After the award ceremony we celebrated an old SAGA tournament tradition and the players could help themselves from our richly set prize table in order of their ranking.

At this point, we would like to thank our generous sponsors once again:

In addition to the sponsors already mentioned, I would like to take this opportunity to thank a number of helpers, without whom this magnificent event would not have been possible at all.

See you again next year in Oerlinghausen!!! 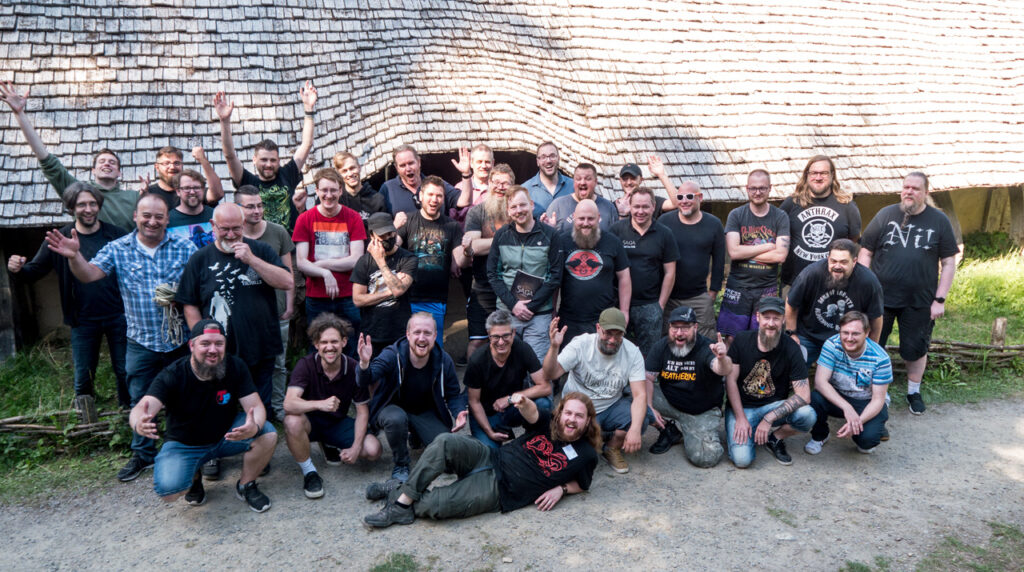