With the new release of the “Congo” system from “Studio Tomahawk” I was immediately impressed by the great pictures and the dense atmosphere that the pre-pictures and teasers conveyed. Since Mirco had already chosen the European force for himself, I started preparing my Sultanate of Zanzibar for a long expedition to the savannah. So ready to build, base, prime and paint the small but very comprehensive starter box. This contains enough miniatures for all scenarios from the basic rule book and can easily be reinforced by additional units.

What was actually unusual about this project was that I painted the basic box before we even played the first game. But it was so much fun painting them that I just couldn’t stop.

Fortunately, the system kept what the miniatures had already promised.

At Congo, each player sets up a small expeditionary force based on points and chooses up to 2 characters to lead the group and support them with their special rules. The units are played using “action cards”, of which there are 7 and which contain a different combination of activations. Each card also has an initiative value, which indicates the order in which the player may activate the units. Actions include moving, shooting, collecting, or causing terror to the opponent. 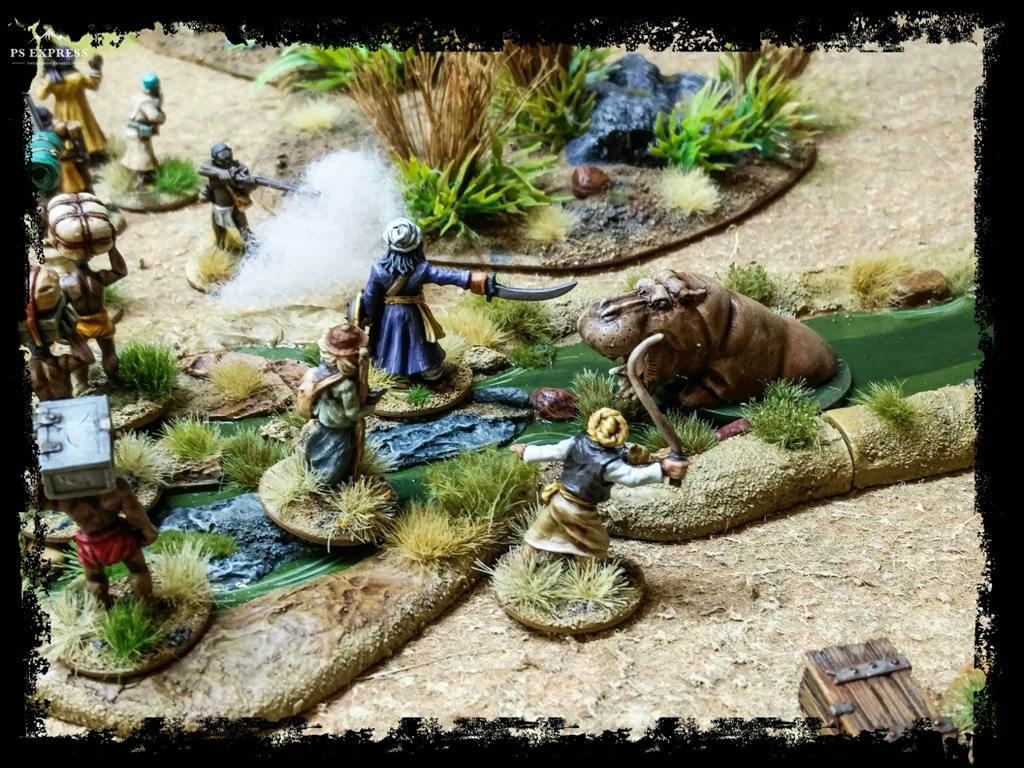 This doesn’t appear to be new. It gets tricky because all 3 of the 7 action cards for a round have to be chosen in secret before the round. You have to plan very well and anticipate what your opponent might be up to. In addition, there are “totem cards” with which you can improve your actions. To top it off, all scenarios come as stylish newspaper articles in the flair of the Congo’s era of discovery and very nicely describe the orders and motivation of the upcoming mission.

The rules of the game can be learned very quickly and can be used intuitively. The rule book is provided with really nice pictures and graphics, completely in the Studio Tomahawk Style. All in all a fantastic game. The only downside is that the game has only been released in English so far. But maybe there is still something …!