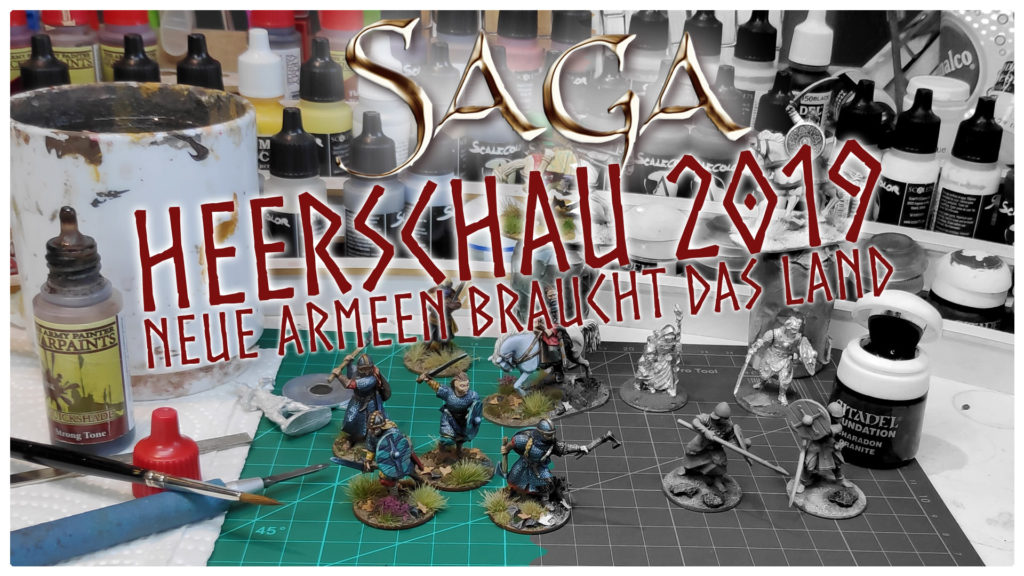 For all those who have not heard about the SAGA Heerschau so far:

Over the next half-year, we want to work with you to launch an army development project for SAGA. Everyone can join and the goal is to complete a new army within 6 months.

We think the beginning of the year is a great time for this:

To motivate you even more, we make it out every month a painting competition. Send us a picture of your miniatures and you can then vote via for your favorite.

As additional recognition, the winner may choose a single Stronghold Collectibles figure. Even if you do not want to build a new army, it is a good opportunity to build existing armies.

In one month, a point Hearthguard here, in the next a unit Levy there, etc.

What should we say? We are simply overwhelmed by the positive response, the amount of contributions and also the quality of the painted miniatures. For this reason, we have decided to honor the first three places with a Stronghold Collectibles miniature of your choice.

The vote works very easy. Click through the gallery with the miniatures, decide on your favorites and then cast your vote below. The vote runs until next Sunday 11:59:59pm. Everyone has only one vote. After that we will introduce the winners at this point and on Facebook.

The most important thing in our opinion, however, is not to win here, but that you have laid the foundation for a new SAGA army. Stay tuned and let it grow and thrive. And if you missed the first month of the Heerschau, it does not matter. Just get in February.